Jay Gordon, MD, FAAP, IBCLC - In the middle of his residency training, pediatrician Jay Gordon took an unusual step. Deciding that he needed greater knowledge about nutrition, vitamins, and alternative medicine in order to practice medicine the way he wanted to, Dr. Gordon took a Senior Fellowship in Pediatric Nutrition at Sloan-Kettering Institute in New York City. After his residency at Children’s Hospital of Los Angeles, Dr. Gordon joined the teaching attending faculty at UCLA Medical Center and Cedars-Sinai Medical Center.

interested in infant nutrition and breastfeeding, Dr. Gordon is the first male physician to sit for and pass the International Board of Lactation Certification Exam and has served on the Professional Advisory Board of La Leche League for 24 years.

In addition to treating patients, he participates in the training of medical students and residents, lectures all over the world, writes books, and writes a monthly column for “Fit Pregnancy” magazine. He has contributed to “New York Parent,” “Parenting” magazine and has been quoted in the L.A. Times, New York Times, and The London Times.

Dr. Gordon’s first book, the well-received Good Food Today, Great Kids Tomorrow, offers a life-changing plan for families who want to make dramatic changes in health and fitness through nutrition. Brighter Baby examines the positive effect that attachment parenting, combined with infant massage, has on children’s health and intelligence. Other releases include: Good Night! The Parents’ Guide to the Family Bed and Hug Your Baby, a Gentle Guide through the First Year, which was released summer, 2002. He also authored Listening To Your Baby: A New Approach to Parenting Your Newborn, which still gets great reviews from parents. His most recent book is The ADD and ADHD Cure, the Natural Way to Treat Hyperactivity and Refocus Your Child.

When the American Academy of Pediatrics’ Committee on Television and the Media named Dr. Gordon “the most influential doctor in America,” they were referring, tongue-in-cheek, to Dr. Gordon’s role, as the medical script consultant, in eliminating lollipops from the office of “Doctor Weston,” lead character on the sitcom “Empty Nest.”

After two years of consulting on television scripts, sets, and ideas, Dr. Gordon was named CBS TV’s Medical Consultant for Children’s programming. He also worked for five years on ABC Television as the on-air medical correspondent for the “Home Show,” and continues to consult regularly for television and movies. He’s appeared on Fox 11 News, ABC’s 20/20 and most recently on Larry King Live.

Dr. Gordon contributed and wrote the forward to Smart Medicine for a Healthy Child and The Encyclopedia of Vitamins and Supplements (both published in 1999), is pediatric consultant for “Fit Pregnancy” magazine and a frequent contributor to “Parents,” “Parenting,” and other media outlets.  Busy as he is, Dr. Gordon finds that his most challenging job is “being a good husband and the best possible parent to my 22 year-old daughter.”

Books Written By This Expert

Meet Jay Gordon, MD
Protecting children from harmful chemicals
12-month old infant milestones
2-month old infant milestones
2-week old infant milestones
4-month old infant milestones
6-month old infant milestones
9-month old infant milestones
Are dairy products and cow's milk good for kids?
Are homeopathic remedies safe for children?
Bacterial pneumonia vs. viral pneumonia
Benefits of breastfeeding beyond 12 months
Benefits of breastmilk
Breast milk remedies
Breastfed babies who don't poop often
Breastfeeding diet plan
Caring for baby's genitals
Concern about baby's weight
Concern that baby or young child is too thin
Dangers of football and other contact sports
Different colors of baby poop
Do children need vitamins or nutritional supplements?
Do vegetarian children get enough nutrients?
Ear infection causes and treatments
Fever causes and treatments for children
Getting enough calcium
Golden Nugget
How do I know if I am producing enough breastmilk?
How do I know when to call the doctor?
How long to breastfeed
How to avoid colds and viruses
How to co-sleep safely
How to get kids to eat vegetables
How to treat diaper rash
Is it okay to give juice in a baby bottle?
Is it safe to use alternative medicine with kids?
Is rice cereal the best first food for babies?
Issue with training babies to sleep through the night
Late walkers and when to be concerned
Lesser known facts about babies and supplements
Processed foods vs. whole foods
Red skin infection on nose or mouth (Impetigo)
Reducing a baby's likelihood of developing food allergies
Scabies signs and symptoms
Shiny bumps on the skin (Molluscum Contagiosum)
Speech milestones for babies and toddlers
Talking to young kids about drugs and alcohol
Understanding colic
What to expect during toddler check-ups
When to start babies on solids
When young kids refuse to poop
Why babies get jaundice
Why babies wake at night
Why it's good for kids to get sick 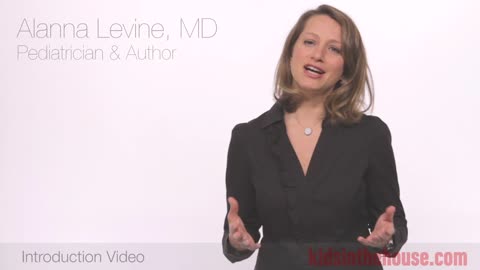